Ombrae Studios was directly commissioned by Perkins&Will SF to design an Ombrae chandelier that could efficiently reflect sunlight from their skylights back onto the ceiling for their fourth floor offices in downtown San Francisco. Artificial lighting, and its associated requirement for cooling energy, contributes to an estimated 40% of a commercial building's total energy use (O'Connor et al, 1997). Daylighting is the most cost-effective strategy for targeting these energy demands, as savings of 40% - 80% are achievable through effective daylighting design in perimeter zones of office buildings (Levine et al, 2007). With eight ORA fixtures installed on the top floor office, there is enough daylight harvested into the interior for daylight sensors to turn off the artificial lighting throughout the majority of the day. P&W ended up acheiving LEED Platinum certification for by United States Green Building Council for the office in 2017, after project completion. 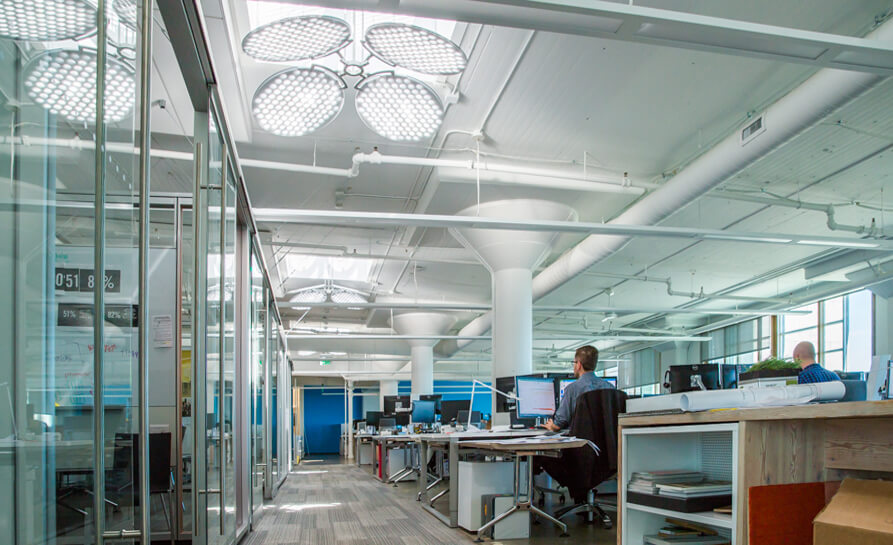 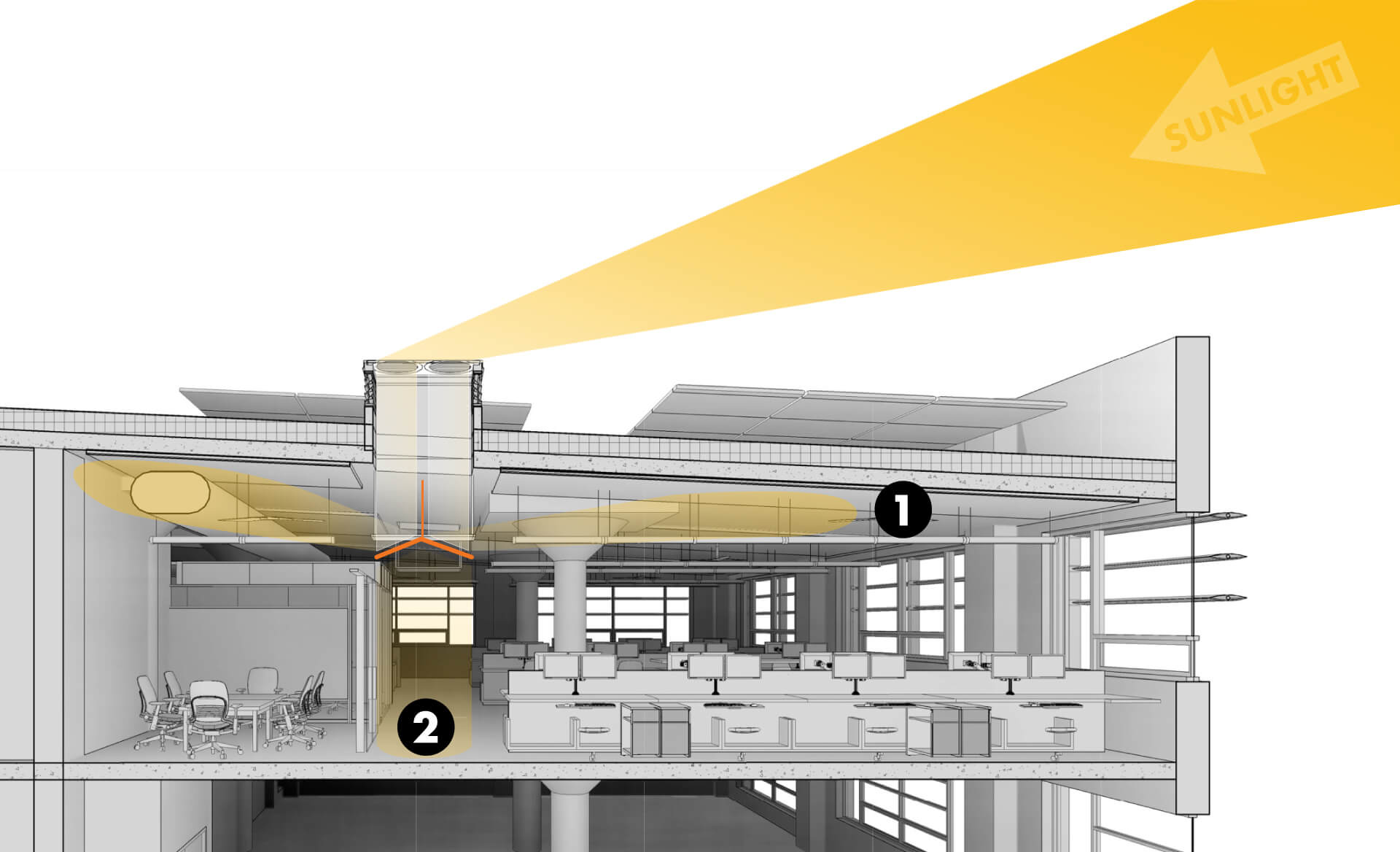 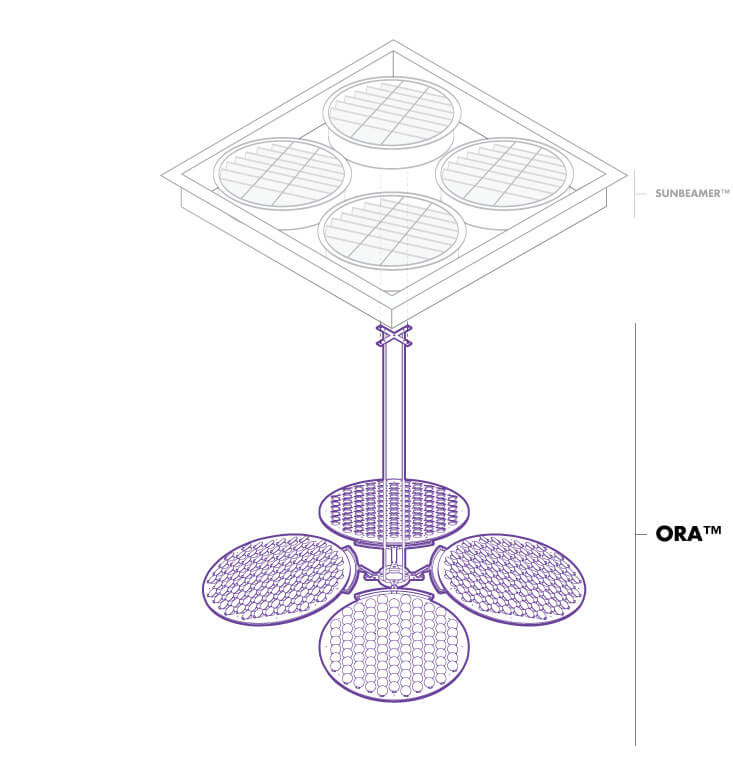 Chandelier Powered by the Sun

For this specific top floor office application, the Ombrae Reflector Array™ fixture is designed to work in tandem with the heliostatic SunBeamer™ units installed as skylights on the roof above the chandeliers. By autonomously tracking the sun, the SunBeamer's louvered mirrors continuously reflect stationary, collimated circular beams of natural daylight down into the office. Below, the ORA fixtures redirect the light onto the ceiling, while also allowing some light transmission to the floor below. Through extensive material and raytracing testing, Ombrae Studio was able to design and optimize a unique Ombrae array pattern that spreads the sun beam over a large surface area, while diffusing the harsh sunlight into more useable interior lighting for an office environment. 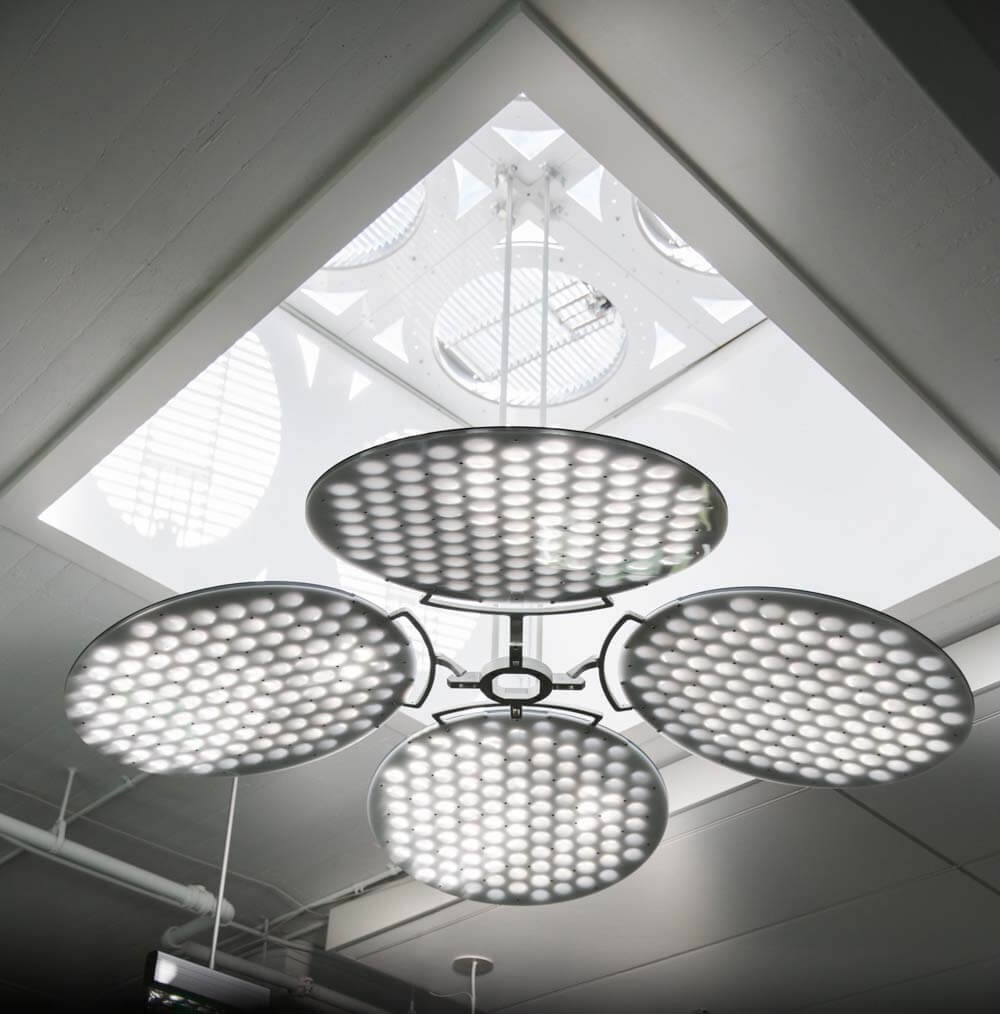 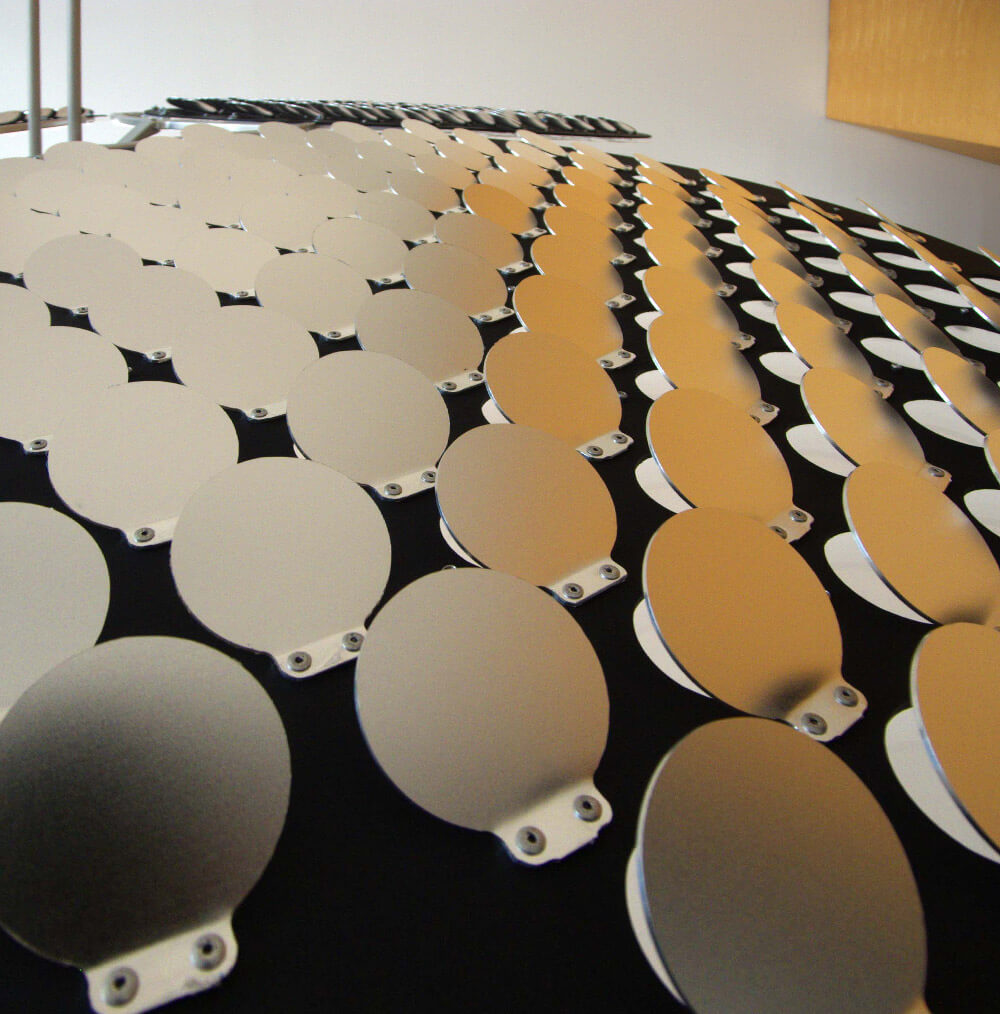 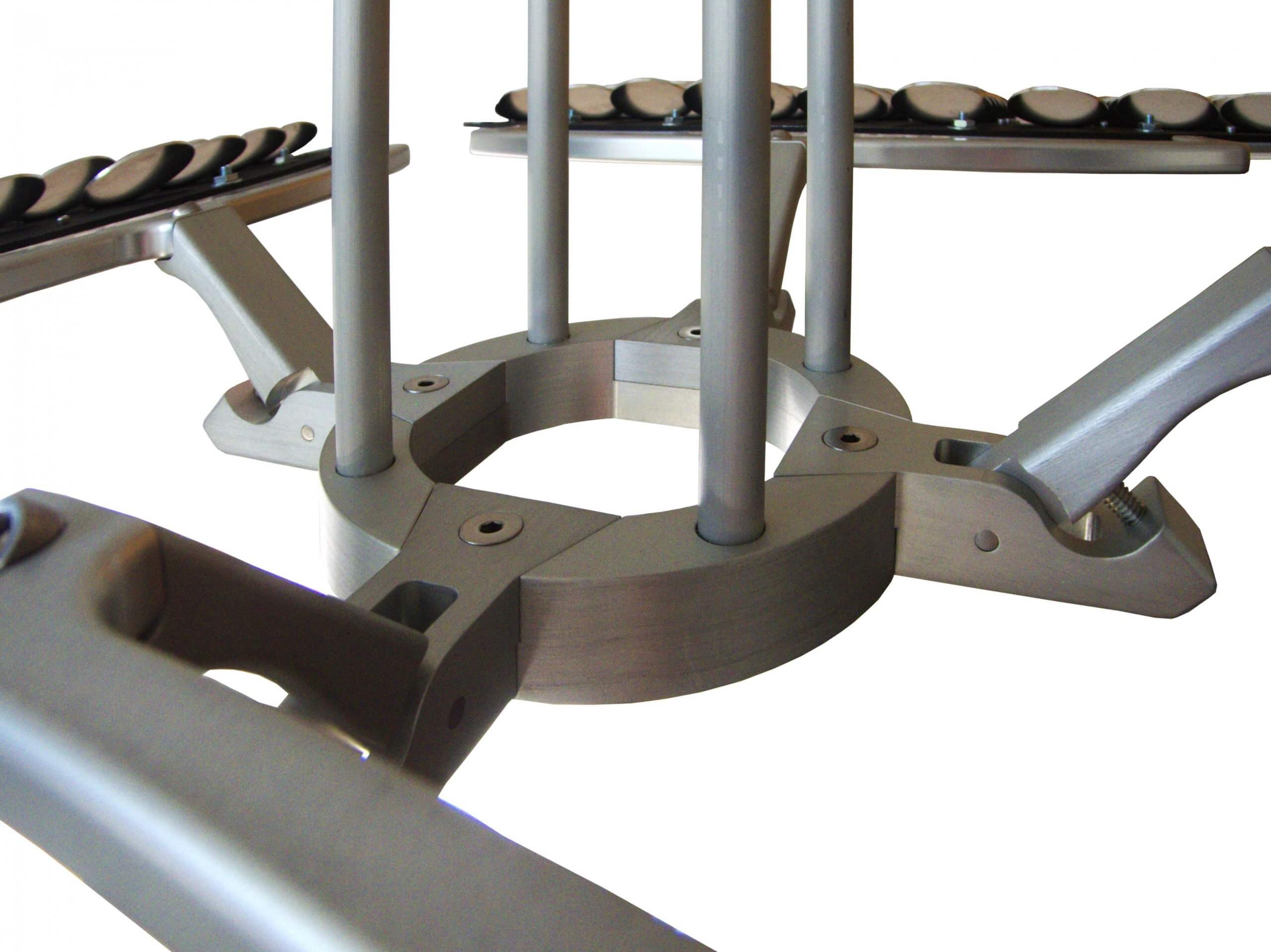 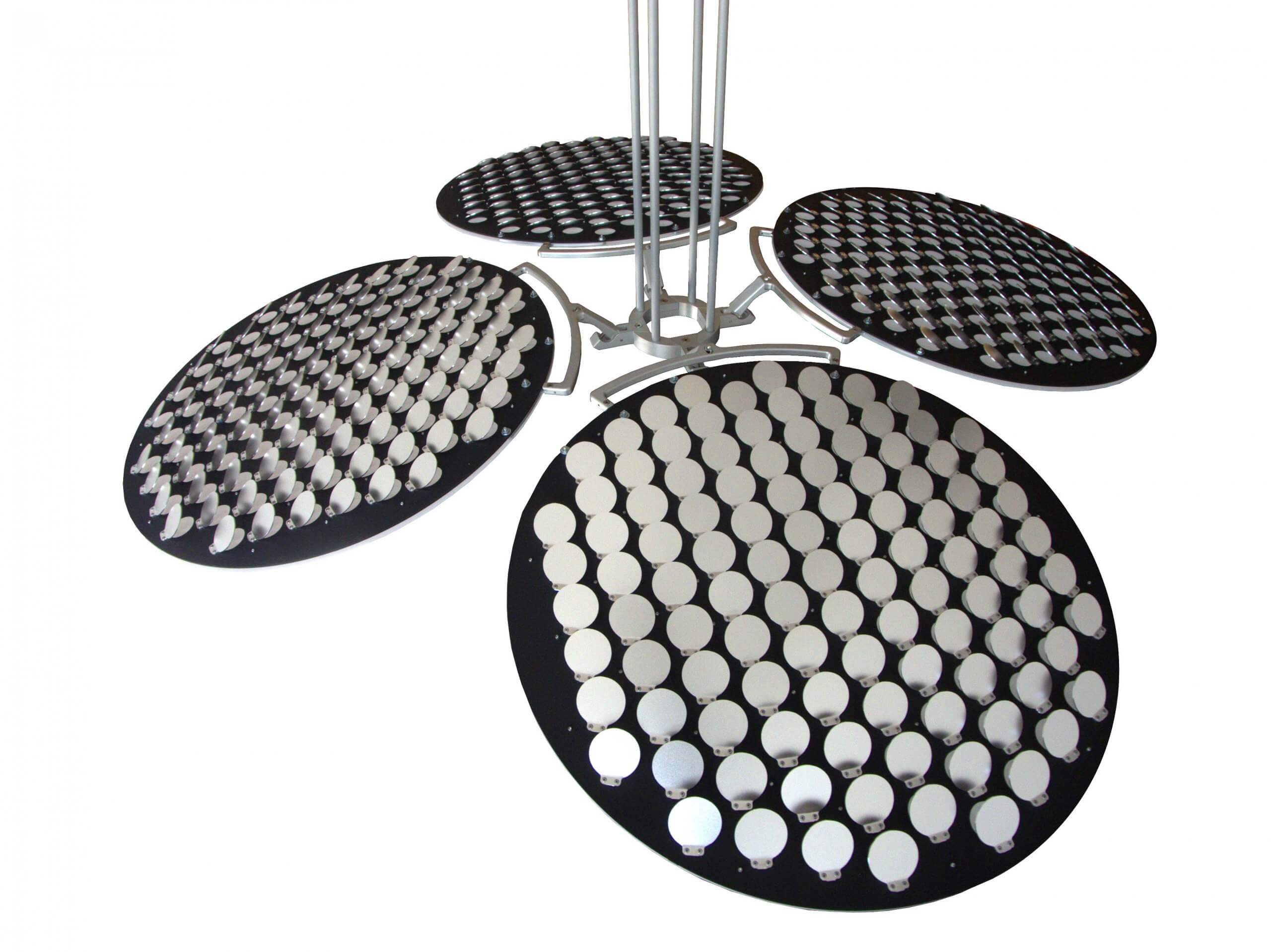 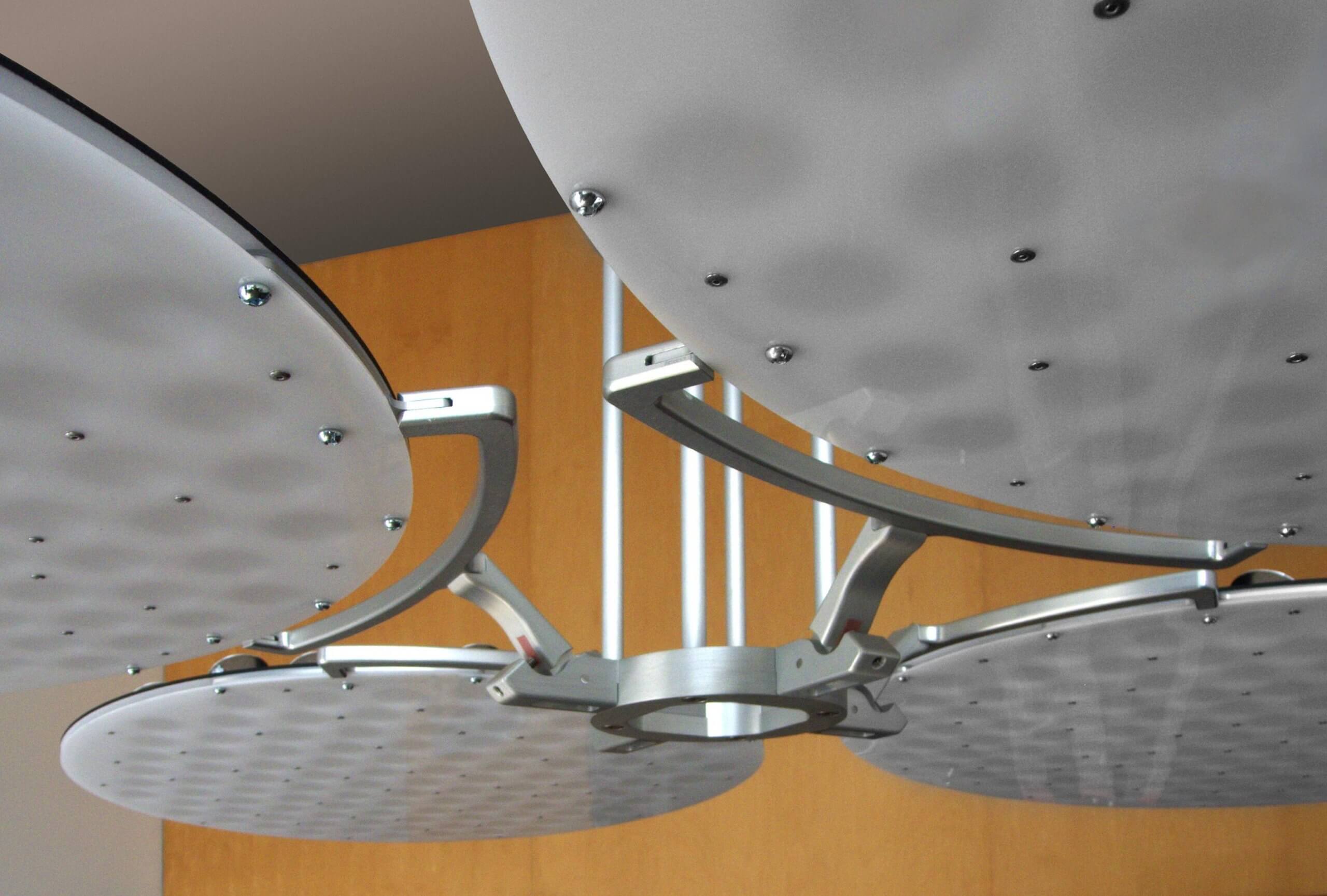 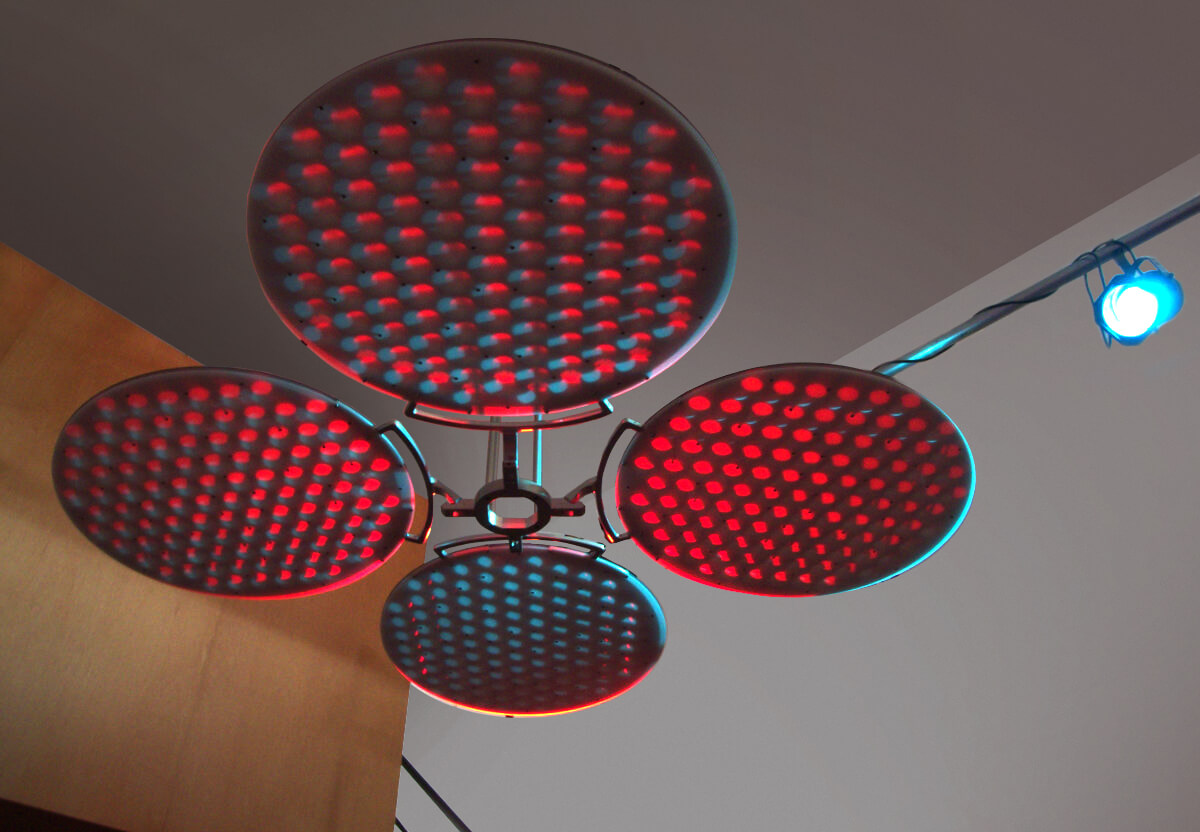 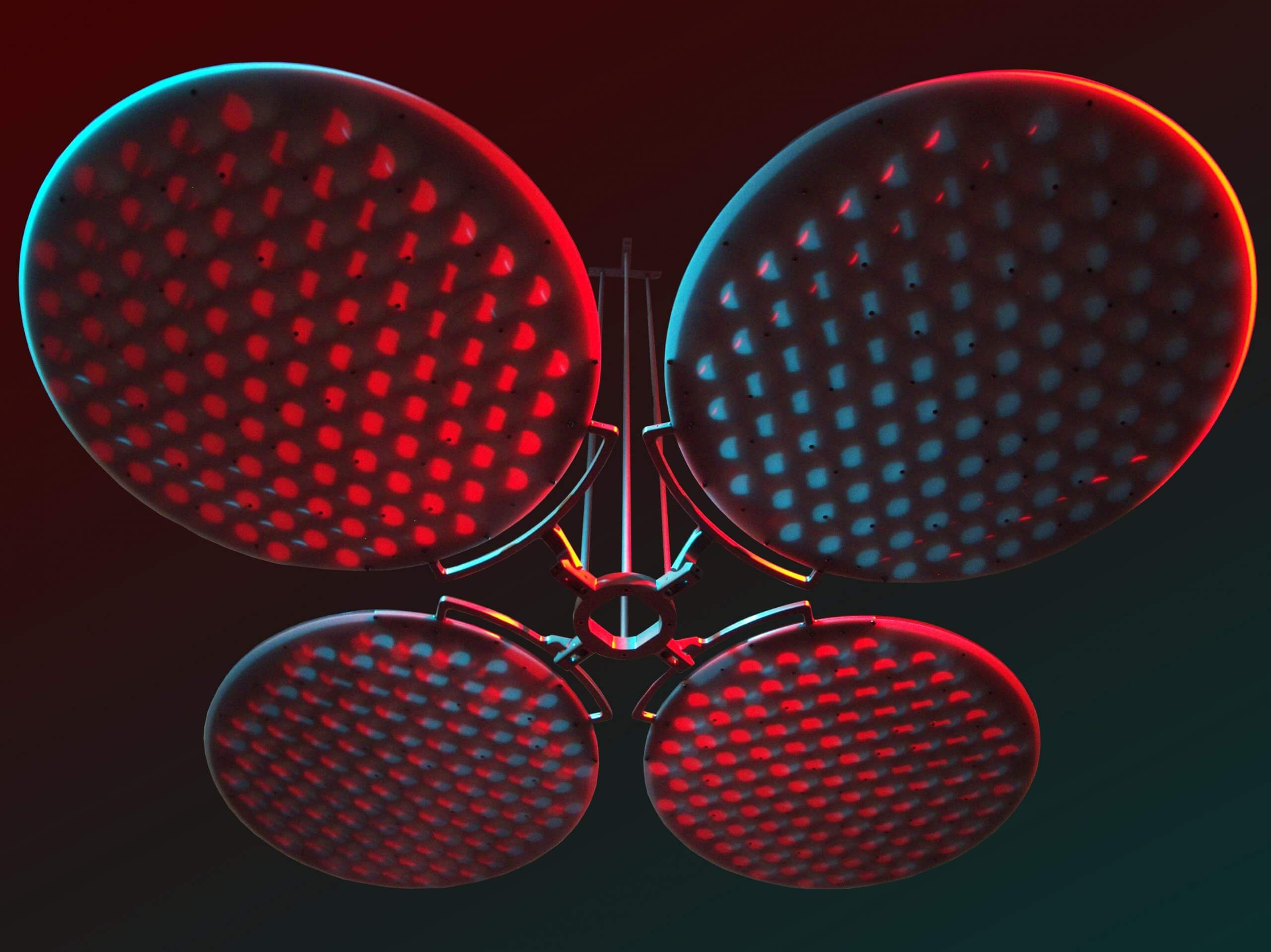 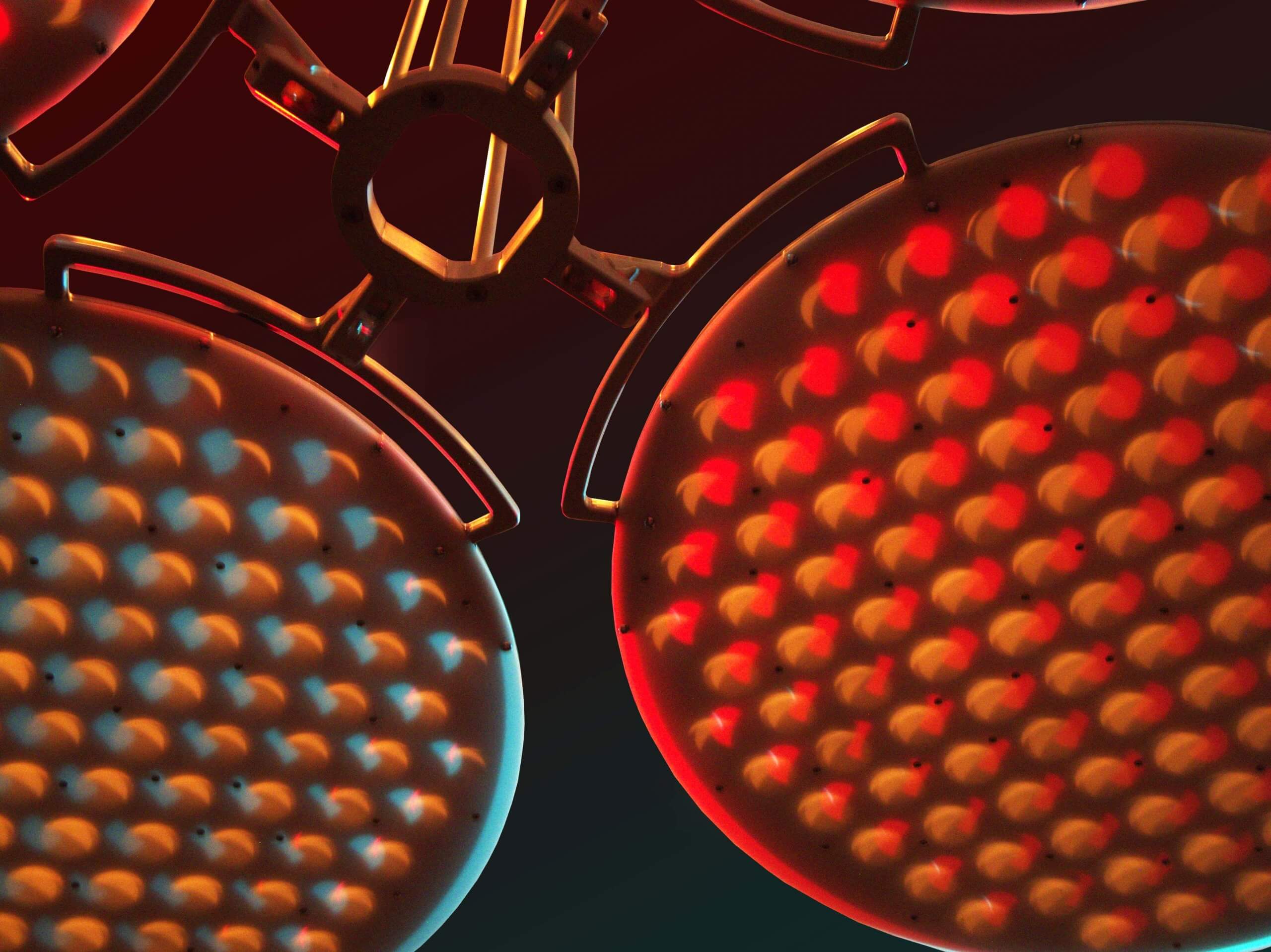