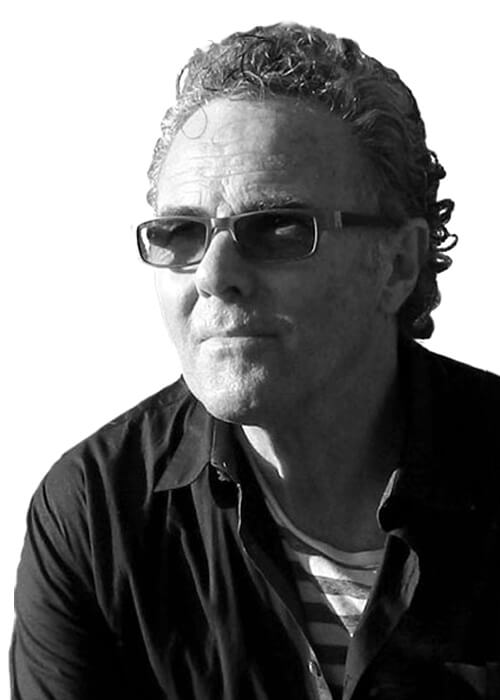 Rod is an artist, and businessman. Born in Glasgow Scotland, Rod grew up on Vancouver Island on the West Coast of Canada. He was educated at Vancouver School of Art, Victoria College of Art, Emily Carr University of Art and Design, and the University of British Columbia. Rod is the inventor of Sculptural Imaging - The Ombrae System; an art-based technology bridging the fields of Art, Science, and Technology. He is the founder of Quin Media Arts + Sciences Inc. and Ombrae Studios Inc.

The many years of Rod's studio and academic training, together with his 18 years in the Vancouver film industry as an Art Director, Set Designer, Sculptor, and Special Effects Technician, prepared the ground that led to the ultimate evolution of Rod's artistic work into Sculptural Imaging.

Sculptural Imaging is patented around the world. It is now accepted in multiple industries as an artistic and technical breakthrough, with applications in fields as far reaching as Architecture, Automotive, Fashion, Jewelry, and Sports Equipment + Apparel. Rod has guided the creative direction and navigated the Company's business through the years of early development and tough economic times. Rod keeps an eye to future applications of Ombrae with the support and deep commitment of a talented communications designer, a gifted computer technologist, and partners around the world that see Ombrae technology as an opportunity for them to grow exciting careers, build their businesses, and make a meaningful contribution to a better and more beautiful world. 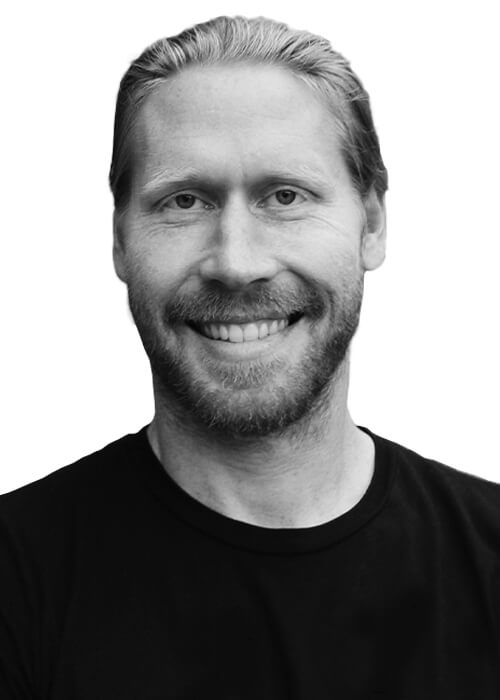 Brian is a highly skilled technical and creative artist with over 15 years experience designing pipelines and control systems in the visual effects and animation industry. He has worked on blockbuster films such as Man of Steel, Godzilla and VFX Oscar-winning Life of Pi. He has strong expertise in simulating complex hair, muscle and cloth systems and has extensive procedural and object-oriented programming skills.

In his spare time, Brian is leveraging  his systems design experience to build a permaculture garden at his home on Vancouver Island. 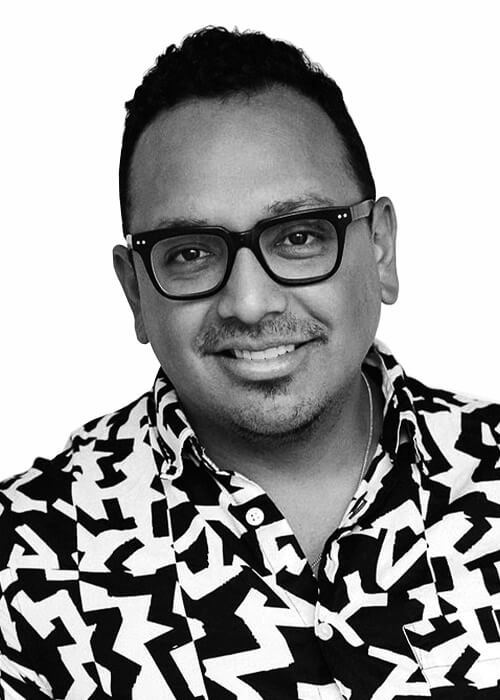 Jared Korb is a Communication Designer working at Ombrae Studios. He's passionate about narrative-driven environments, and through his design practice aims to demonstrate the positive impact mindfully-crafted design has on human interactions and quality of life. With an undergraduate degree in Industrial Design, Jared’s been creating in the field of environmental graphic design for nearly a decade. He regularly works with architects, interior designers, developers, marketers, artists, project managers, clients, and manufacturers globally to bring spaces to life with the goal of elevating ordinary experiences into delightfully memorable ones, through Ombrae surfacing.

In his free time, Jared serves as the co-director of the Vancouver Design Nerds, a non-profit organization, where he works as a design thinking workshop facilitator, public speaker, and event production manager. Their projects range from public space activations with the City of Vancouver, to workshops tackling complex social impact challenges. 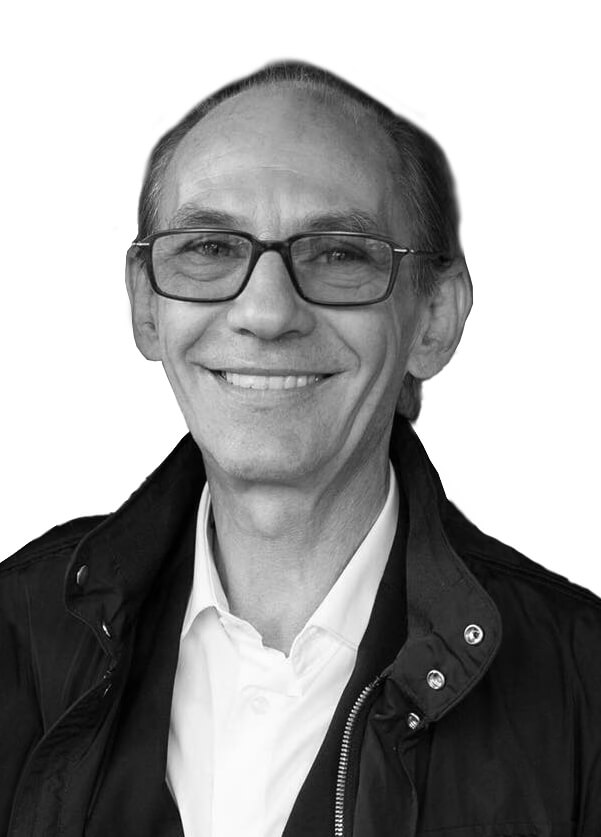 Originally from Ghent Belgium, from an early age Alain had a great passion for racing motorcycles and cars. Alain studied biochemistry, and worked in Brussels for Elisa Technologies developing blood analysis kits. Alain's passion for racing translated to a career working for the MotoGP World Championship as a technician on carbon fiber and aerodynamics. He moved to Italy to work with Lamborghini F1, where he was Head of the Composite Materials Department. In 1992, he started his own company Picasso Racing Components (PRC), and quickly became a supplier of aerodynamic and composite parts for leading racing bike manufacturers including: Aprilia, Honda, Yamaha, Laverda, Benelli, Ferrari, Lamborghini, and others.

Through 2009 to 2014, Alain supplied his proprietary soft carbon fiber fabrics to Louis Vuitton. These were the bases for the fitted luggage for BMW's i8 luxury hybrid series. Louis Vuitton also created luxury luggage hand bags featuring Alain's patented carbon fiber materials. In 2012, Alain met Ombrae's founder Rod Quin in Italy. They decided to built an Ombrae R&D department together at Alain's company factory, where the two developed innovative press and moulding technologies leveraging the novel characteristics of the Ombrae System, and Alain's extensive knowledge and experiences with materials. In 2020, Alain returned to his native country of Belgium. He continues his relationship with Ombrae Studios as their Operations Manager in Europe and technical advisor to Ombrae's Italian product design manufacturing partner Tecnografica SpA in Castellarano. 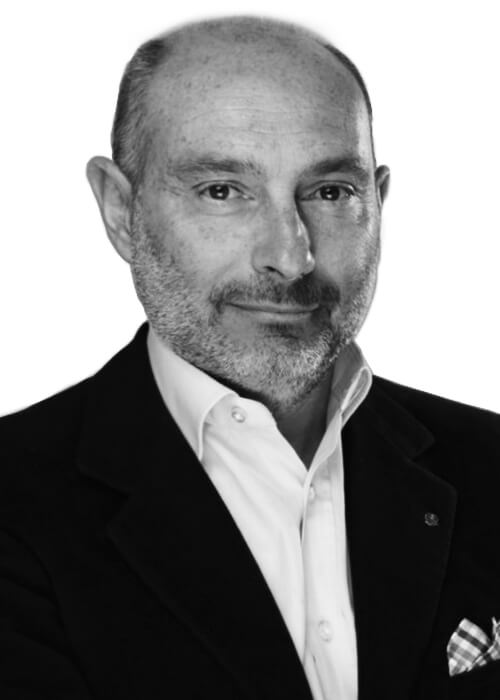 Currently consultant for Project and Product Management, as well as product development projects, mainly in the motorcycle and automotive, motorsport sectors. He spent 10 years at Ferrari SpA, hired by the Technical Director of the F1 team, Ross Brawn, and by the General Director, Jean Todt, to create the Project Management Office of the Ferrari Gestione Sportiva (Formula 1 team), consisting of more than 900 people. He redefined the development processes of Formula 1 through the introduction of new methodologies and tools, as well as ability to work in teams, he fostered communication between the internal and external departments,

Enrico was subsequently appointed Head of Logistics and Project Management of Ferrari Gestione Sportiva (Formula 1 team). Over these years he coordinated the activities of the Scuderia Ferrari (1999 - 2009), reaching the honors of 8 Constructors' Titles Titles and 6 Drivers titles of the Formula 1 World Championship, with drivers Michael Schumacher and Kimi Raikkonen. With Benelli S.p.A. in the position of Project Manager, he was responsible for the product development of a complete line of scooters, maintaining the objectives of cost, time, and quality. At Cagiva Research Centre, He was Head of Planning and Coordination of the Project, under the direction of Massimo Tamburini. He defined and implemented processes of design, engineering and industrialization of motorcycles developed by the Centre, for the brands Cagiva, Ducati and MV Agusta.

Since meeting Ombrae’s founder Rod Quin in Italy in 2014 and becoming intrigued with the potential of the Ombrae System, Enrico has played a strategic role as an advisor and network facilitator for Ombrae Studios. Enrico’s broad knowledge and history with the automotive industry in Italy has, and continues to bring, value as a consultant and close friend of the Company. 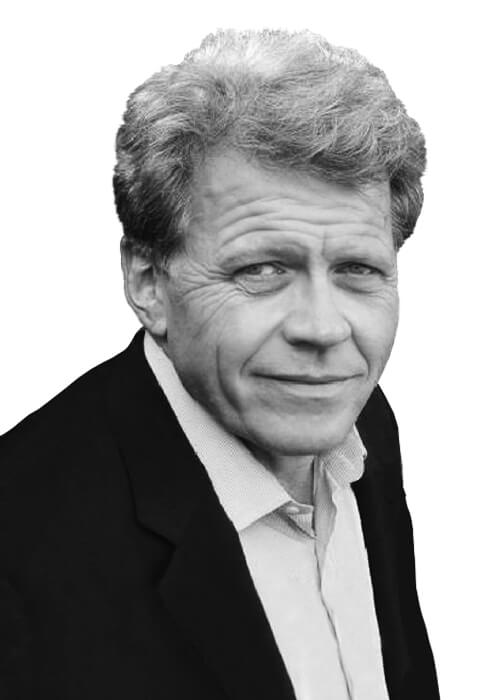 Bill Peck received his PhD in Mechanical Engineering from the University of Alberta. He moved to Silicon Valley in 1999 where he has spent his professional career bringing his fluid mechanics expertise and background in droplet physics to biotechnology. Bill began his biotechnology career at Agilent Technologies where he developed an inkjet based process for synthesizing DNA microarrays.

After Agilent, Bill moved on to an early stage startup, Complete Genomics, where he was responsible for building the world’s largest genome sequencing center. Complete Genomics, a publicly traded company sequencing thousands of customer genomes. In 2012 Bill co-founded a new synthetic biology company named Twist Bioscience located in San Francisco, California. In addition to his experience in chemical process automation and hardware development, Bill’s technical expertise is in nanofluidics. As a postdoc fellow at Stanford/NASA-Ames, Bill researched computational fluid mechanics and developed a numerical code to model free surface flows.

Bill has been an enthusiastic supporter of Ombrae technology from its early days. He has brought a high level of scientific scrutiny and a network of contacts that continues to demonstrate the scientific benefits of the Ombrae System. Bill has been instrumental in numerous technical developments for client applications of Ombrae technology in aerodynamics, fluid dynamics, and potential for architectural sustainable energy applications. 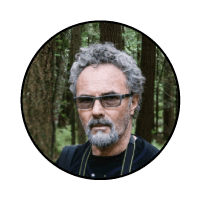 Post-digital artist Roderick Quin invents the Ombrae System based on explorations into the programming of light reflectance in surfaces with computer aided design. 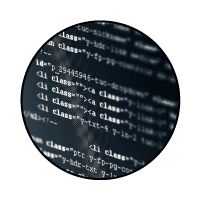 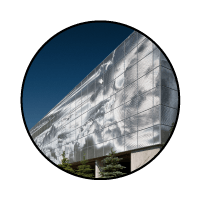 Completion of the first large-scale architectural Ombrae project. The Southern Alberta Institute of Technology Parkade façade would go on to win the 2011 Mayor's Urban Design Award. 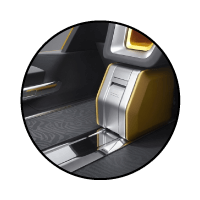 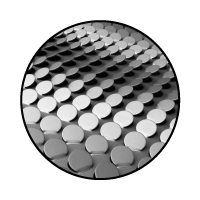