Following the introduction of the Ombrae treatments on the DC100 Sport at the Frankfurt Auto Show in 2011, the designers at JLR decided they would carry the Ombrae treatment into the Evoque series. Ombrae Studios was engaged again by Jaguar Land Rover in 2012 to develop a series of interior applications from the Range Rover Evoque. This involved drafting original abstracted waveform designs that could be rendered in Ombrae via injection moulded plastic. The center console, dashboard inset, steering wheel, and doorsill were all areas of interest for the CMF design team.

At the time, the Evoque series was the first and very successful vehicle launched by the newly minted JLR by new ownership. Ombrae worked in England with the JLR design team to develop the designs for various treatment areas for the interior. The prototype parts were manufactured at Ombrae Studios in Vancouver. The one-off Ombrae interior treatments were installed on a donor car and shown in-house to upper management in the Spring of 2012. 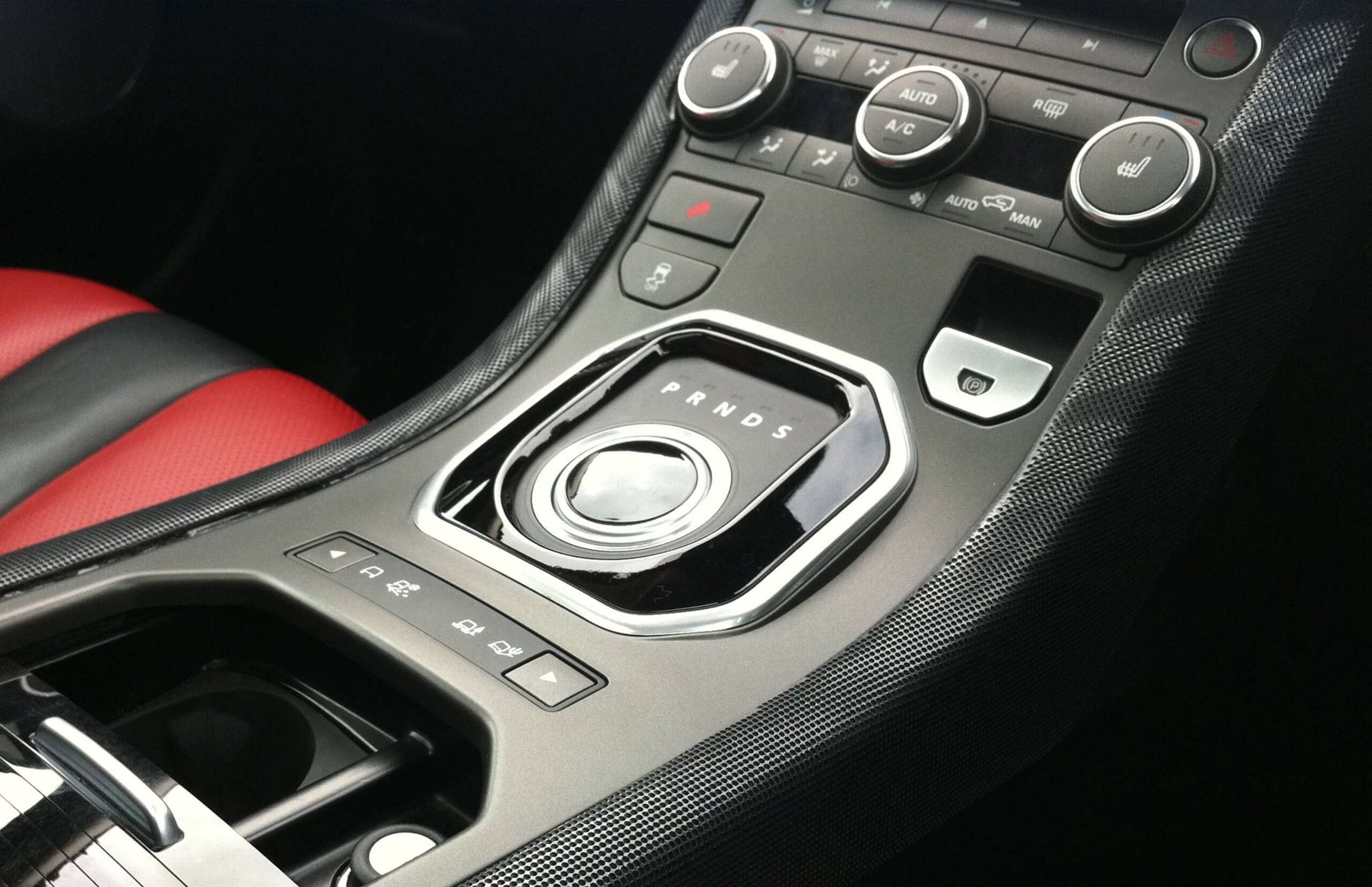 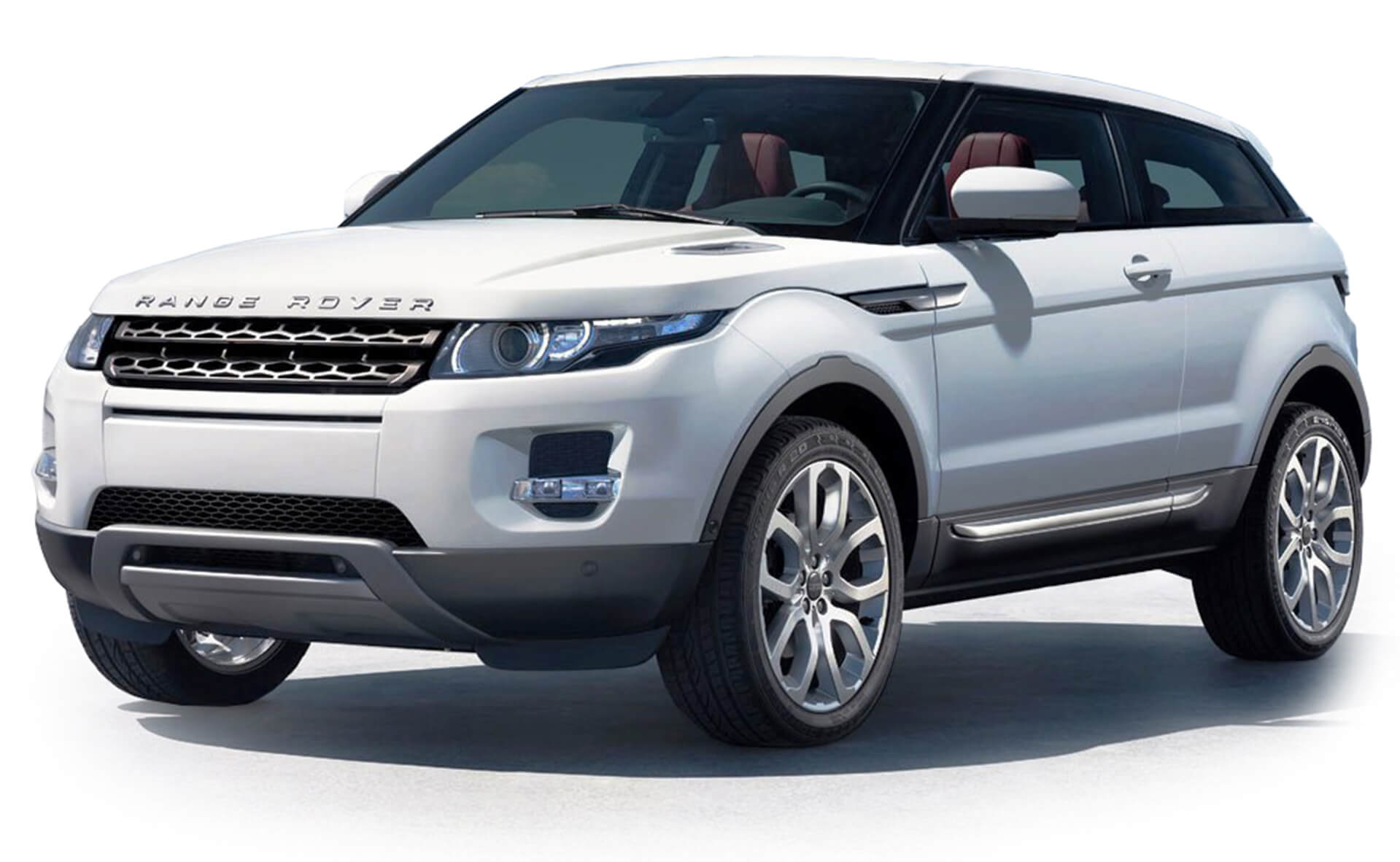 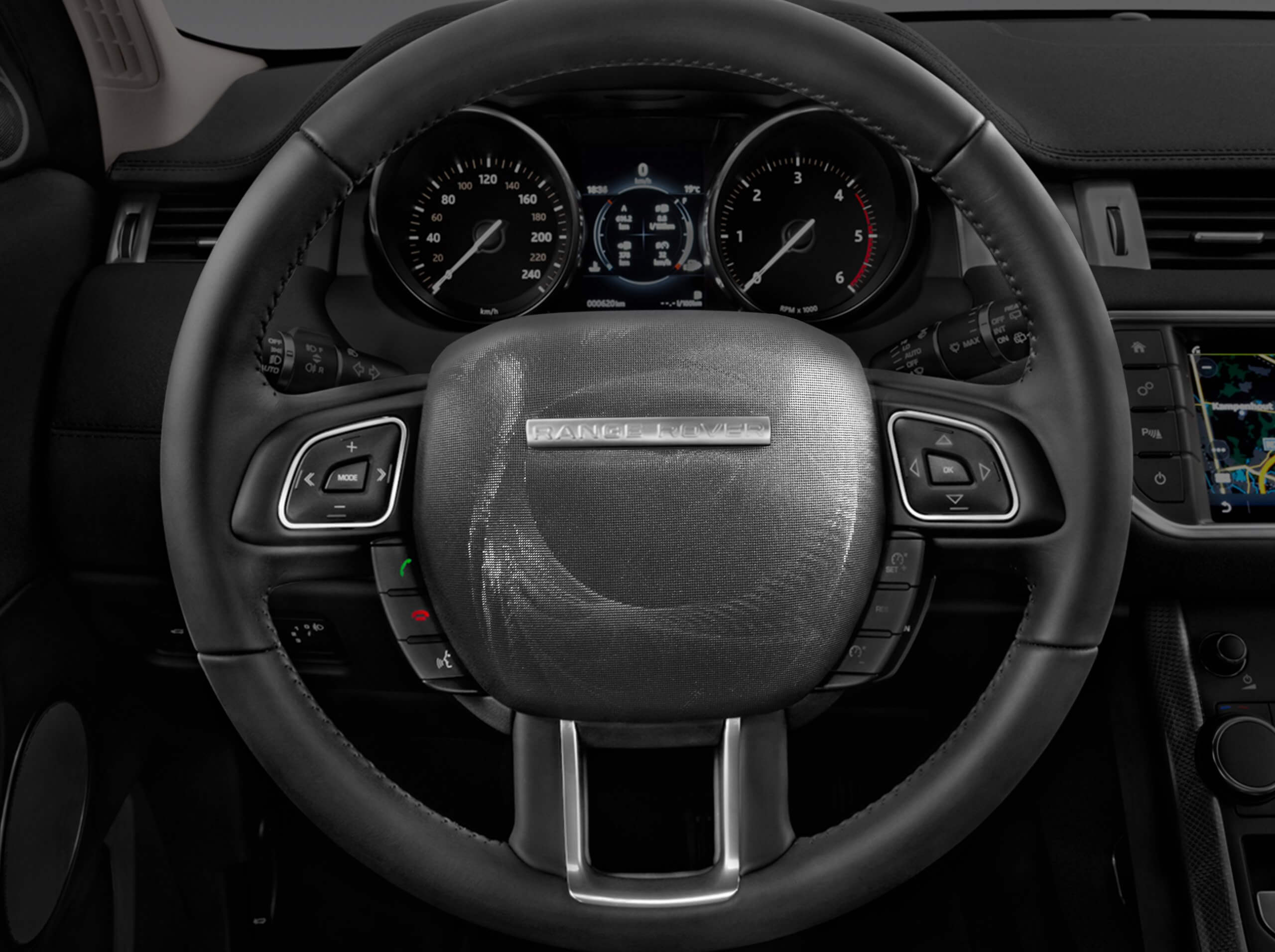 This interior project was an opportunity to show the true potential of the Ombrae Imaging Technology™ at a higher resolution with more visually dynamic gradation, as an embedded design language spanning a range of considered locations around the vehicle's interior. The applications would be realized in injection moulded plastics, with the visual design motif depicting waveforms seeming to flow over a given part, continually changing in appearance depending on available reflected light and angle of view. 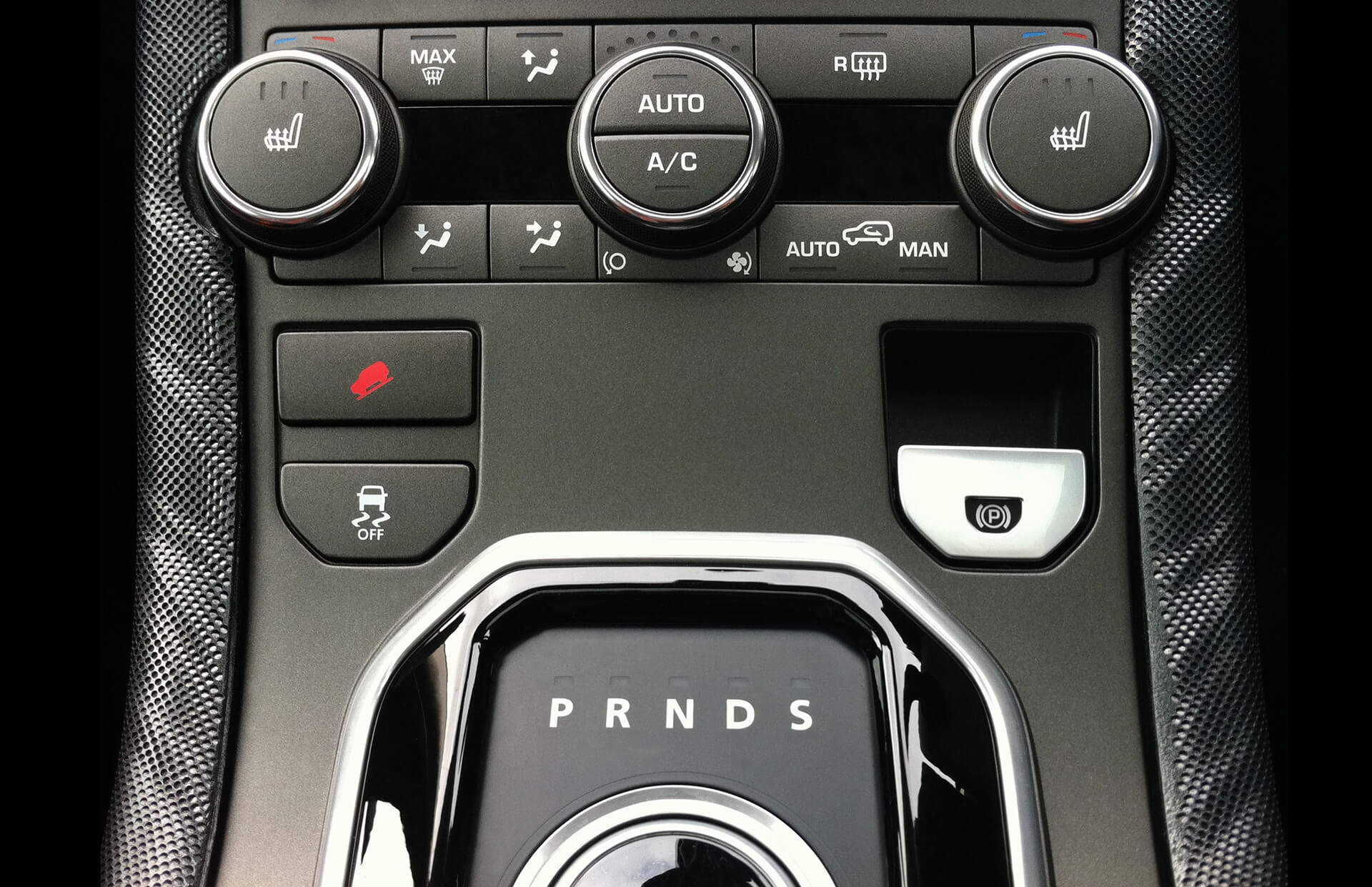 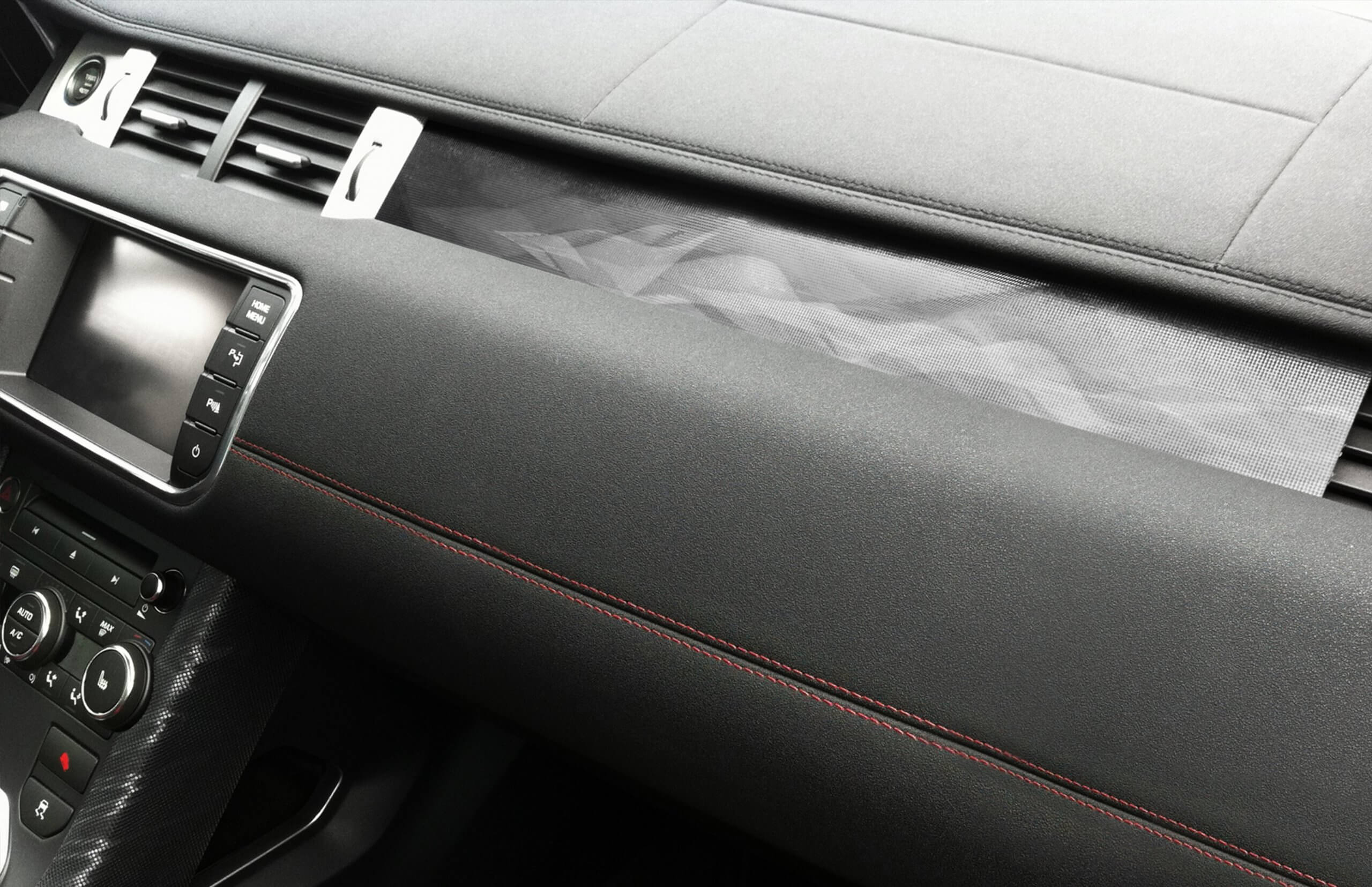 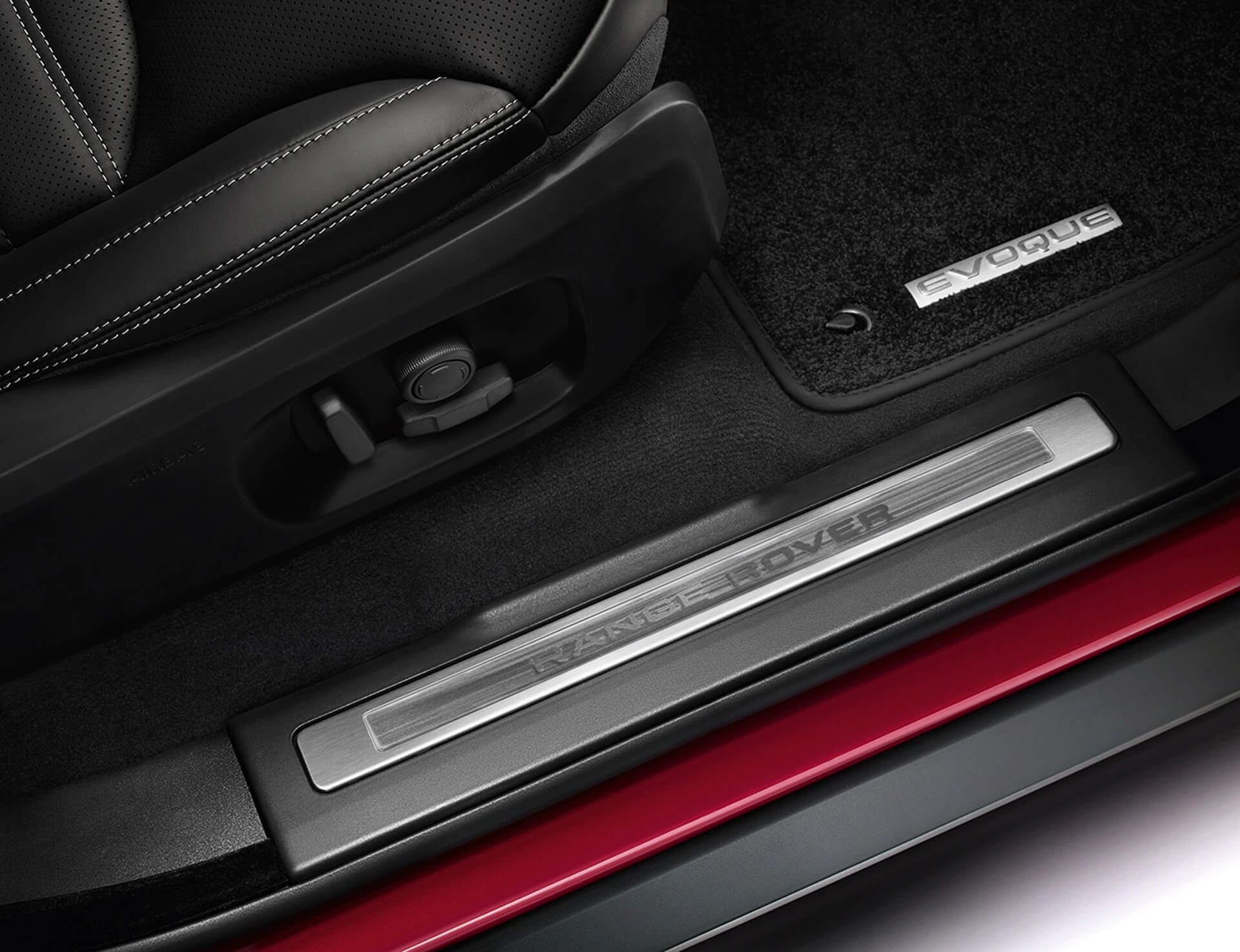